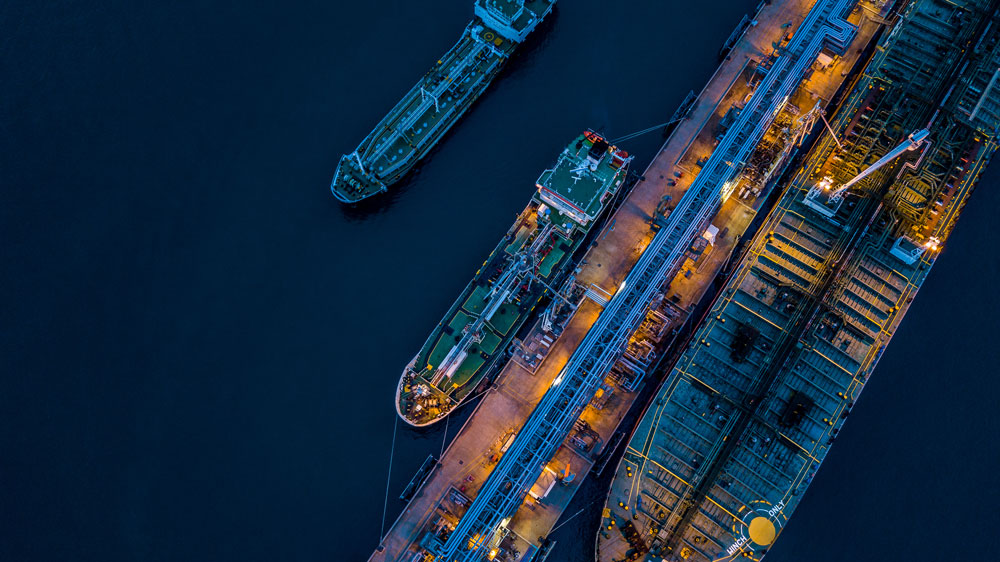 The moment that Russia invaded Ukraine, the global energy markets were changed for decades to come.

We’ve seen how the story has unfolded since that invasion. Europe implemented sanctions on purchasing Russian oil and natural gas.

Russia retaliated by cutting off all gas supplies through the Nord Stream 1 pipeline to Europe. That is a huge deal because Russia is the primary supplier of gas for all of Europe.

What Can Europe Do Now?

Energy security is a major priority and can’t ever be taken for granted.

Our eyes are now wide open to the fact that relying on unfriendly nations to supply essential energy is a policy blunder of the highest order.

Europe, which is dependent on Russia for almost half of its natural gas, is now in a desperate situation as Putin chokes off supply.

The continent faces a freezing winter of natural gas shortages, and the price of the commodity is up nearly 500%. 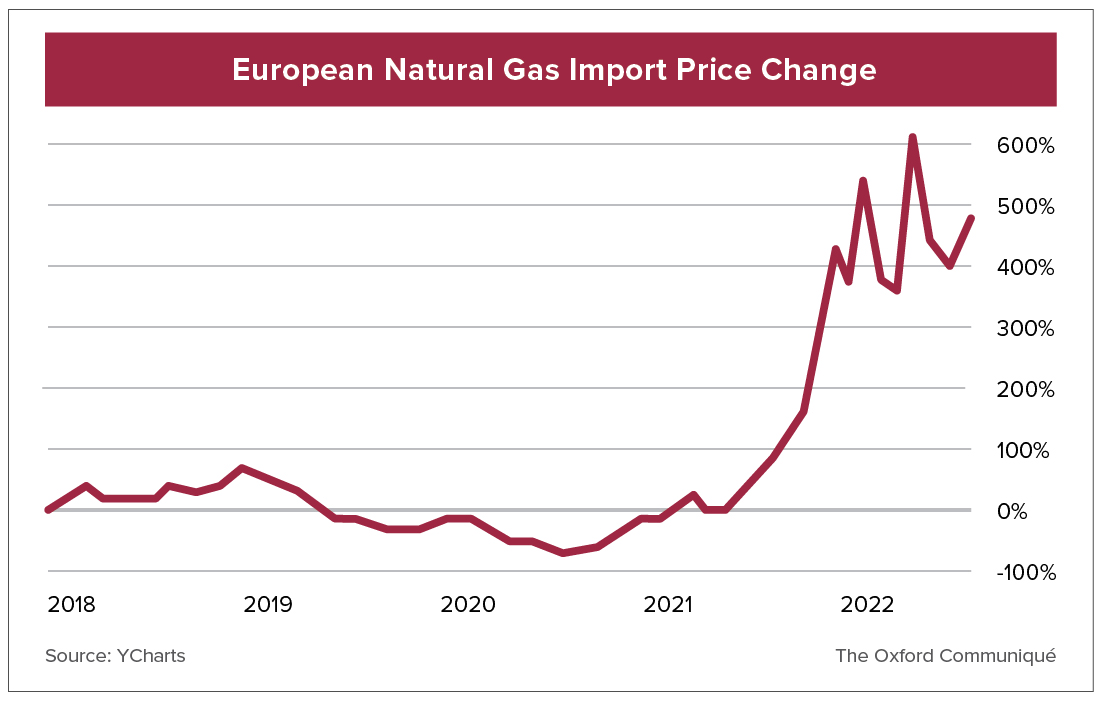 And the recent sabotaging of the Nord Stream 2 pipeline has added an even greater element of urgency to the situation.

Europe became completely dependent on Russian fuel. And now, for the moment at least, it is totally unprepared to provide its own energy. Europe is on the verge of a major prolonged energy crisis.

While Europe has very little natural gas, we are blessed with a treasure trove of shale gas here in the United States.

The United States is the world leader in producing cheap natural gas. We have nearly unlimited supplies. And we have the technology to pull it out of the ground in massive amounts.

We just need to be able to get the gas from here to there.

In order to transport natural gas from America to Europe, it must be transformed from regular natural gas to liquefied natural gas, or LNG.

And then that LNG is transported across the ocean on a ship.

The problem is that not many shipping companies have the type of ship needed to transport LNG.

But Flex LNG (NYSE: FLNG) does. It’s perfectly prepared to capitalize on this opportunity… and make shareholders very wealthy in the process!

Based in Hamilton, Bermuda, Flex specializes in the seaborne transportation of LNG worldwide. Its fleet contains of some of the newest and most advanced ships for transporting LNG.

Its armada consists of 13 fuel-efficient, fifth-generation LNG carriers built between 2018 and 2021.

These new vessels use 50% less fuel and have 30% more storage capacity, offering the lowest transportation costs in the industry.

With all the LNG needed in the coming years, demand for Flex’s ships is clearly going to be strong.

In fact, it already is.

European governments are locking in long-term contracts at fixed prices for years to come!

Flex is glad to oblige them.

Of the company’s 13 ships, 12 of them are now in fixed contracts… with LNG prices locked in for between three and 10 years.

In total, the company has 54 combined years of LNG delivery locked in for the 13 ships it operates.

That’s what I call predictable revenue!

This is easily some of the most predictable future sales growth you can imagine.

And this sales growth is not a guess or a projection. These are enforceable contracts with significant penalties for any party that breaks them.

The first is that Europe is never going back to being reliant on Russian gas. European countries have abruptly realized that being dependent on Russia for their energy needs is a very bad policy.

Europe, as much as possible, will reduce its dependence on Russian natural gas and switch its allegiance to the U.S.

The second reason is the massive current and future need for LNG as an energy-supplying fuel. The use of oil – the No. 1 source of energy in Europe – is (intentionally) on a steep decline. Natural gas is the No. 2 source, and it’s purposely on a gradual increase.

Europe needs to act quickly to be ready to face harsh winter weather and obtain non-Russian sources of fuel to meet energy needs now and in the years ahead.

Natural gas is the cleanest-burning and most environmentally sustainable fossil fuel.

It is widely expected to overtake both oil and coal as the most widely used fossil fuel within eight years.

That will be a boon to the LNG industry.

When cooled to minus 260 degrees Fahrenheit, the volume of natural gas decreases 600-fold, making it easy to transport by ship. When the ships reach an import terminal, the LNG is regassified and transported through pipelines to provide heat and electricity.

The LNG market has doubled over the past 10 years – and demand is growing rapidly.

That’s a lot of future shipments. But not many companies are currently in a position to benefit…

The Best Pure Play on Increased LNG Use

The numbers here are already excellent.

Second quarter 2022 earnings are up 247% on a 28% increase in revenue. Management is earning a healthy 23% return on equity. And Flex enjoys a profit margin of 57%.

Yet the stock sells for just 8.3 times earnings. That’s half as expensive as the average S&P 500 stock.

Cash flow is so strong that in addition to Flex’s regular quarterly dividend of $0.75 per share, the company issued an additional special one-time dividend of $0.50 per share. And I’m expecting that $3 annual dividend to increase.

Even without the special dividend, Flex yields 9.9%. That’s more than five times higher than the yield of the average S&P 500 stock.

Operating cash flow was more than $218 million over the last 12 months. Total cash and equivalents are $284 million.

And right now, because of Putin’s folly, Flex’s ships are picking up loads of LNG and shipping it to Europe.

Are you grasping the significance?

A whole new source of business has opened up for Flex at a time when natural gas demand and price are sky-high.

Natural gas suppliers are scrambling to get as much natural gas to Europe as fast as they can. Flex is now going to make a lot of trips to Europe.

Moving forward… now that Russian gas is off the table… we are looking at a company with 13 ships capable of producing more than $70,000 per day on every journey from America to Europe or anywhere else.

Right now, Flex has 100% contract coverage until mid-2024… It just signed two ships to seven-year deals… And another ship is contracted all the way until 2033!

As I mentioned earlier, out of 13 ships, 12 of them are locked in at fixed prices.

So even if energy prices were to go down, which I do not expect, Flex is protected. 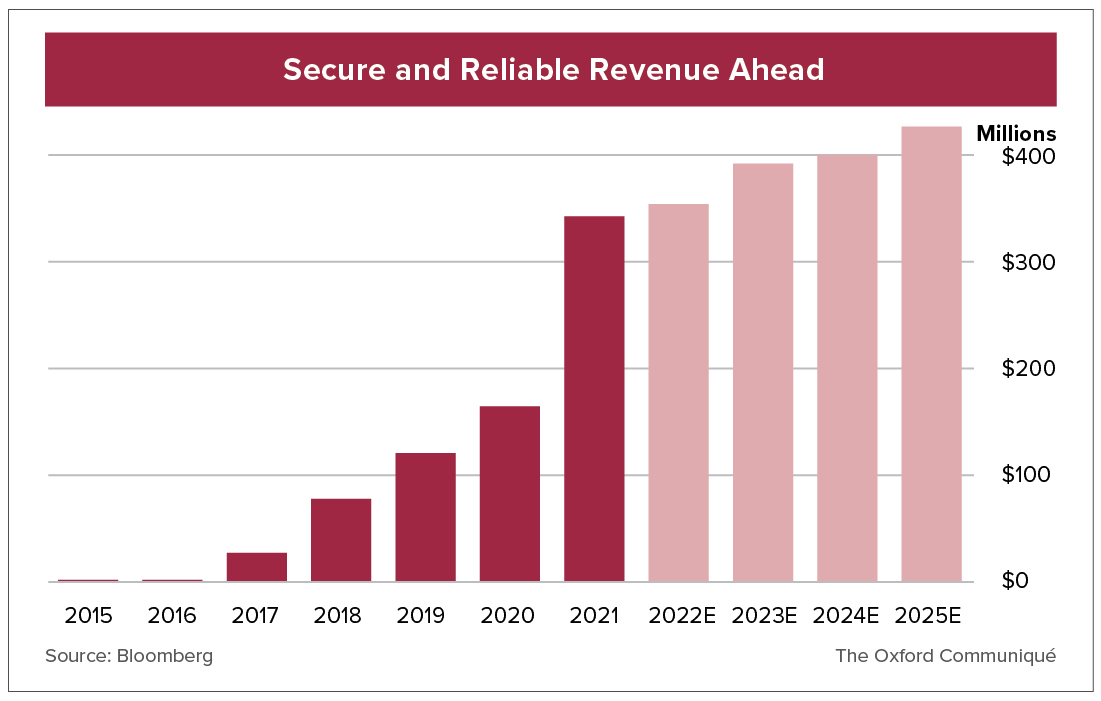 And the company is rewarding shareholders like never before. There’s a share buyback program underway, and as I mentioned earlier, the company is paying a monstrous dividend of nearly 10%.

Management has already increased the dividend more than sevenfold… and I expect it to go up a similar amount in the next couple of years.

I was on a conference call with the CEO and CFO recently, and investors were asking about the future growth and dividends.

The CEO told us the business is “immensely profitable” and said it will “focus on paying very healthy dividends for our shareholders.”

Flex has a huge first-mover advantage in the LNG shipping industry… The company’s 13 ships are all state of the art. The average age of its fleet is 2.6 years.

Any new competitors who want to get in the LNG business are going to have a tough time catching up.

The cost of building these new cost-efficient LNG ships – like everything else during the pandemic – has skyrocketed.

In addition, because of labor and raw material shortages, a new ship ordered today won’t be ready until 2027! So Flex won’t have new competition coming in for years!

Of course, Flex has competitors… but not nearly enough to fill the massive demand for natural gas.

It is now glaringly obvious that Putin’s invasion is a crime against Ukraine and a humanitarian tragedy.

The implementation of economic sanctions on Russia has caused Putin to retaliate. The result is a colossal energy crisis facing Europe.

Natural gas is an essential fuel for residential heating. With winter just a few months away, demand is growing.

No matter how the war in Ukraine ends, Europeans will never go back to depending on Russia for their energy needs. Putin is the most hated man in Europe. Putin’s actions have alienated an entire continent.

Europe will look elsewhere for its energy needs. Permanently!

That means LNG shipments from the U.S. will see a massive increase… and Flex will be a prime beneficiary.

Insiders (corporate executives, board members, etc.) at Flex have loaded up on shares, owning 47% of all outstanding shares. Clearly, the insiders understand the enormity of this opportunity.

However, because Flex is such an unknown company, very few retail investors own it.

And even with the company’s tremendous – locked in – earnings prospects… shares are selling for only 8.3 times earnings.

In short, Flex is extremely undervalued at current levels and is an ideal way to profit from Putin’s folly.

Action to Take: Buy Flex LNG (NYSE: FLNG) at market. And use a 25% trailing stop to protect your principal and your profits.

Legal Note: Nothing published by The Oxford Club should be considered personalized investment advice. Although our employees may answer your general customer service questions, they are not licensed under securities laws to address your particular investment situation. No communication by our employees to you should be deemed personalized investment advice. We allow the editors of our publications to recommend securities that they own themselves. However, our policy prohibits editors from exiting a personal trade while the recommendation to subscribers is open. In no circumstance may an editor sell a security before subscribers have a fair opportunity to exit. The length of time an editor must wait after subscribers have been advised to exit a play depends on the type of publication. All other employees and agents must wait 24 hours after publication before trading on a recommendation.

Any investments recommended by The Oxford Club should be made only after consulting with your investment advisor and only after reviewing the prospectus or financial statements of the company.

Protected by copyright laws of the United States and international treaties. The information found on this website may only be used pursuant to the membership or subscription agreement and any reproduction, copying or redistribution (electronic or otherwise, including on the world wide web), in whole or in part, is strictly prohibited without the express written permission of The Oxford Club, LLC, 105 West Monument Street, Baltimore, MD 21201